Vatican Says It Cannot Bless Same-Sex Unions
The Vatican issued an order Monday stating that the Roman Catholic Church cannot bless same-sex unions.
The Vatican office that sets official church policy said the order was issued because God "cannot bless sin." It said the order was approved by Pope Francis.
The decision came after questions were raised by a number of Catholic clergy who sought guidance on the issue. Local leaders in some countries had begun blessing same-sex unions in place of marriage.
The Vatican has said in the past that it welcomes gay people and urges church leaders and members to treat them with respect. But the Catholic Church does not permit same-sex marriages and condemns gay sex. The church teaches that marriage can only be entered into between a man and woman in a lifelong union.
The new order said that permitting the blessing of same-sex unions would be seen as an official recognition of such unions within the church. It stated that such blessings were not permissible even though they were "motivated by a desire" to welcome gay and help them grow in the church.
The order said the Vatican cannot officially bless any union that involves sexual activity outside of marriage because it is not i﻿n line with church policy and God's plan. God "does not and cannot bless sin," it said. 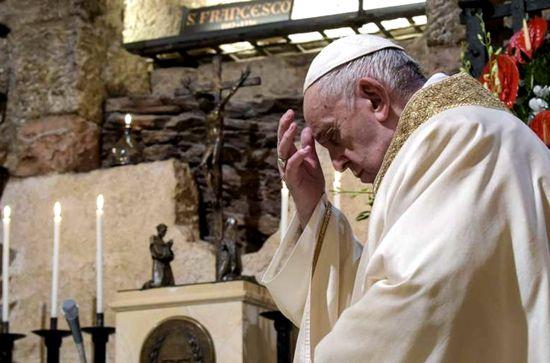 Last year, the Vatican had to explain comments attributed to Pope Francis that seemed to support providing gay couples with legal protections in same-sex unions. His comments appeared in a documentary about his life and social issues that concern him.
In the documentary, Francis said gay people "have the right to be in a family. They are children of God." He added: "What we have to create is a civil union law. That way they are legally covered."
But the Vatican said the pope's comments were not correctly attributed and did not signal a change in official church policy.
In an article issued with the latest order, the Vatican said there was a "fundamental" difference between gay unions and how gay individuals should be treated in the church. The article noted that "the negative judgment on the blessing of unions of persons of the same sex does not imply a judgment on persons."
At least two German bishops, including Cardinal Reinhard Marx of Munich — one of the pope's top advisors — have expressed support for some kind of church blessing for same-sex unions.
The head of the bishops' conference, Bishop Georg Batzing, said "There are no easy answers to questions like these." He added the German church would look at both the Vatican's moral teaching and the reality of Catholics today.
I'm Bryan Lynn.